Scroll to top
Skip to content
About Us
Check Out Our Web App! 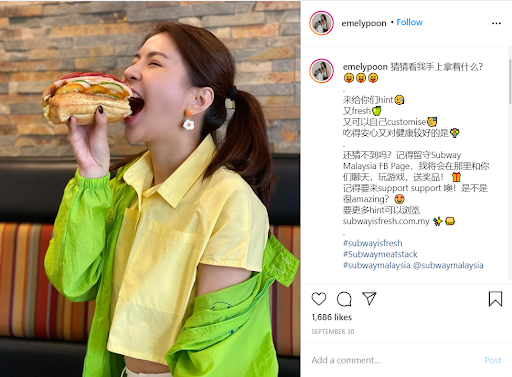 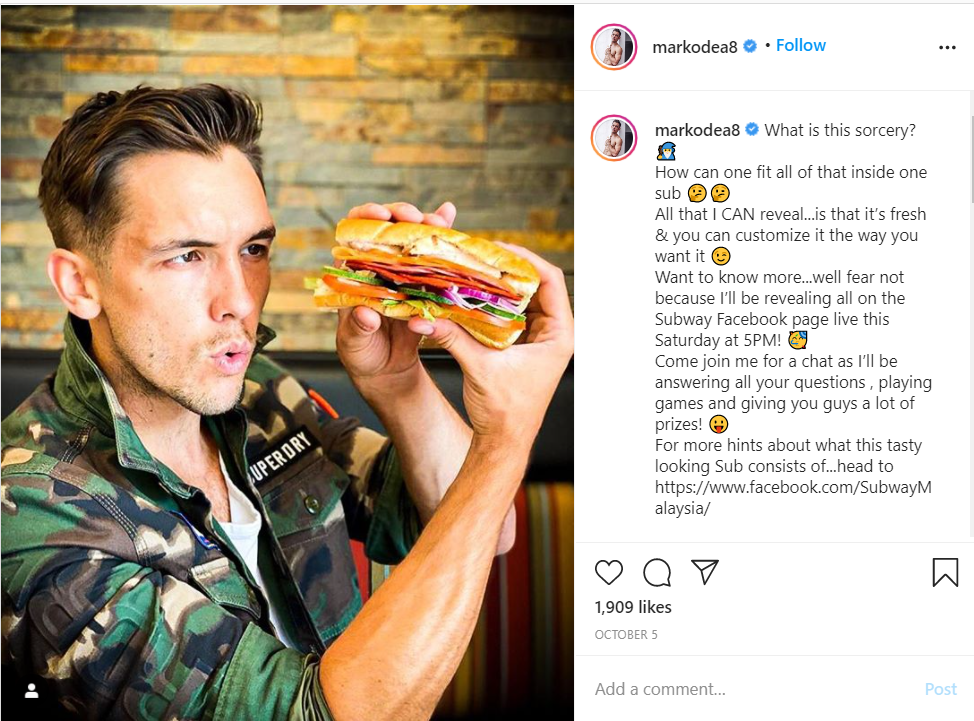 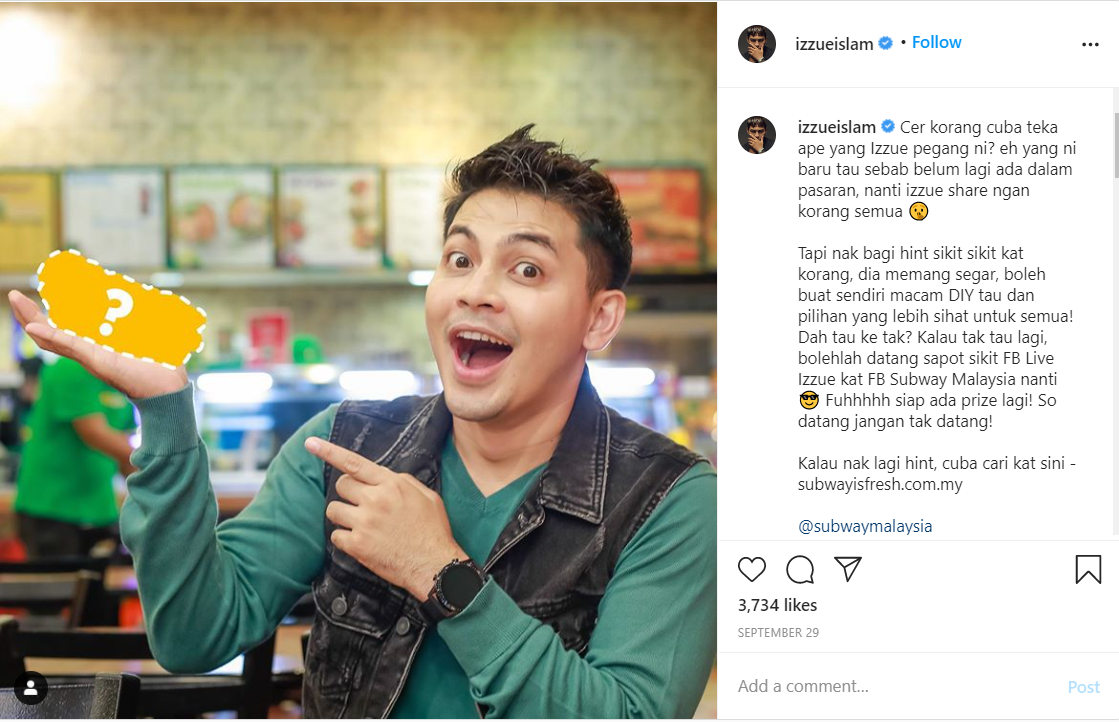 Subway Malaysia has worked with Innity once again in collaborating with influencers. With the launch of their new menu, the Subway Meat Stack, Subway Malaysia wanted to promote and create awareness on the new menu. With that in mind, Innity proposed to work with 3 influencers, Emelyn Poon, Mark Odea, and Izzue Islam in running 1-hour live stream sessions. These influencers were chosen to effectively target audiences of different languages, with each session hosted in English, Chinese, and Malay separately.

Through the live stream, the 3 influencers interacted with the audience while making their own Subway Meat Stack sandwich. Allowing audiences to get a better understanding of what’s inside the new menu. Towards the end of the sessions, each influencer also gave a shout out to push audiences to join the Subway Malaysia’s RM500 voucher giveaway by commenting on the live stream, further boosting the audience’s interaction.